– 1 – Chophouse New Orleans
Even fantastic steakhouses are repetition factories that live and die on the strength of the same dishes served by the competition. Chophouse New Orleans does not immediately appear to depart from this norm. It’s a place that leaps to mind when I’m in the mood for a cold Manhattan, a dark-crusted ribeye and a loaded baked potato (my pick for the city’s best). But Chophouse is also where I go to for two dishes that should be a New Orleans steakhouse staple but are not. One is the chopped steak. It is an upmarket take on a humble New Orleans neighborhood restaurant classic. Elevated by premium meat — rich, fungal, aged prime beef – the oversized burger patty is served under a pile of onions caramelized the color of the steak’s hard-char crust. The other is thick-cut bacon appetizer – a nod to Peter Luger in New York. Order them both, and you’ve got an only-in-New Orleans meal that you can only find at this steakhouse. — Brett 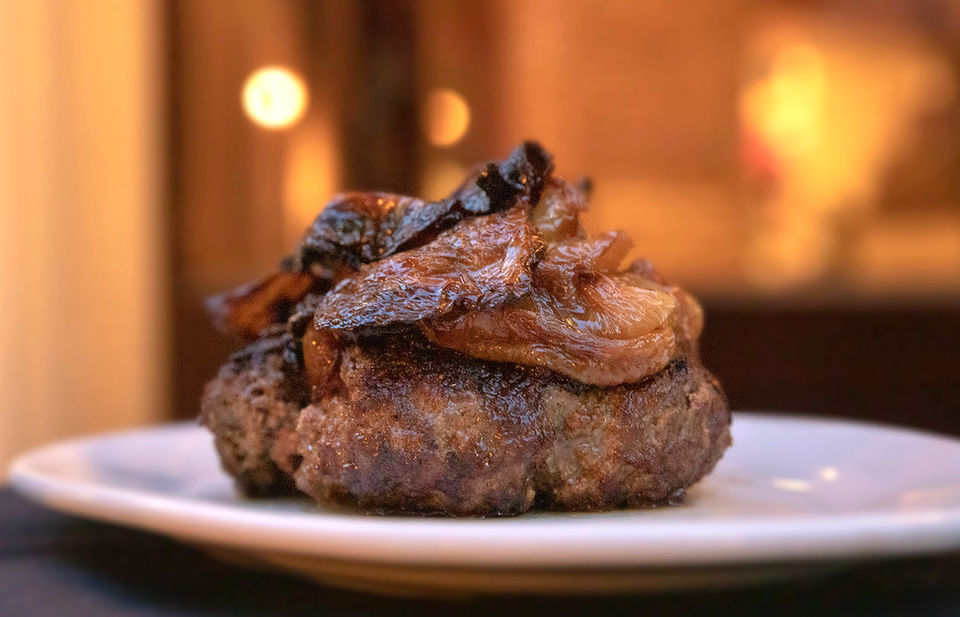